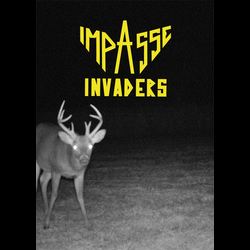 As part of the Rencontres de Cinéma Amérindien Abya-Yala (Association Apatapelá), the GRIM organises this event as a tribute to Chilean singer Victor Jara (1932-1973) to commemorate the 40th anniversary of his murder during the 11th September 1973 coup.

Poet, theatre director and folk singer, Jara was an ardent supporter of president Allende who was overthrown by Augusto Pinochet and his military dictatorship. Victor Jara was tortured and shot to death as an activist for "Unidad Popular", the socialist party then democratically elected. On the agenda of this event, a film dedicated to Victor Jara will be screened before an exclusive concert proposing various works by the singer: the creation "September 11th... 1973, te recuerdo Victor Jara" will be performed by a group put together around Jean-Marc Montera with Ahmad Compaoré, Sven Pohlhammer (guitarist of the band Parabellum) and Mexican singer Alberto Arroyo.