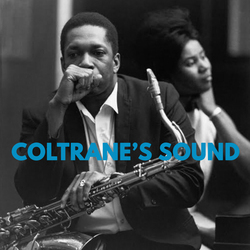 When John Coltrane arrives on the jazz scene, all has been said. He will make a synthesis of it and transcend it. Out of these fireworks, a spirit will emerge. A spirit of freedom, of rebellion, of power of sound, of greatness of music essential to the advent of a better world in which all cultures would meet.

A spirit that jazzmen take care to bring back to life in order to pay an honest tribute to this humble and mysterious saxophonist. The musicians on stage are seekers who understand the musical language at its best to bring the audience into a journey both technical and mystical, roots and clouds, thunder and lightning, between free jazz and Afro-jazz.

GERARD MURPHY: saxophones
Following a classical training in clarinet and saxophone in his native Ireland, Gerard Murphy pursued his passion for jazz in France, studying in the jazz class at the C.N.R. of Marseilles. Since, he has collaborated with various ensembles in a wide range of styles, the Grand 8 of Philippe Festou, the quintet of vibraphonist Bernard Jean and the quartet of guitarist Claude Basso. More experimental experiences with the group Wankatao or the brass band Accoules Sax for which he composes and arranges. He has performed on prestigious stages in France and worldwide (Beijing, Montreal, Singapour, Barcelone, London) and produced numerous recordings.

BERNARD ABEILLE: double bass
Bernard Abeille is a jazzman at the service of nature. Graduate from the Conservatoire de Marseille, he started his career as a jazz double bass player in 1977 : he accompanies the poet-singer Philippe Forcioli and plays with the legendary quartet Camion Pizza. In 1984, he founded Coco Verde, a band of Brazilian music with singer Mariannick Saint-Céran. In 1989, he created his performance "Whale and Double bass" with which he toured for eight years. Very much involved in the protection of the environment and endangered species, he has travelled worldwide (Japan, Malaysia, Morocco, Canada, Guinea, Cameroun, Reunion, Mayotte, Madagascar...) and developed many educational projects for young audiences.

CLAUDIO CELADA: piano
Following classical and jazz piano studies, Claudio Celada moved to Mexico in 1985 where he worked with several jazz ensembles in Mexico City. Back in France, he settled down in Paris for three years and started teaching improvisation in jazz. In 1993, he returned to the South-East of France and collaborated to many projets with Sylvain Romano, Philippe Festou, Simon Tailleu, Christophe Leloil and Christian Brazier. In 2005, he recorded "Broken Heart" with the Sylvia Versini Octet, followed by "Kimpa Vita" in 2008 with the Rémi Abram Quartet. Since 2013, he participates in the trio Chopin Jazz Project. His next musical adventure is the recording of an album with his own quintet.

AHMAD COMPAORÉ: drums
Of Egyptian and burkinabé origins, Ahmad Compaoré confirms his singular talent alongside Fred Frith, Marc Ribot, Jamaaladeen Tacuma, Barre Phillips, Camel Zekri or Egyptian choreographer Karima Mansour. With a constant craving for exploration and discovery, he shares his creativeness between dance, theatre and cinema. Twice recipient of the Culturesfrance "Hors Les Murs" award, he lived in India and Japan as part of residencies of creation. Involved in many projects, he is currently a drummer within Lucky Peterson's quartet.