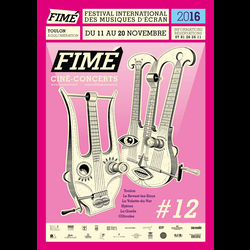 Live solo performance as part of the 12th edition of the FiMé festival.

*** Following health problems, Ahmad Compaoré will not be able to carry out the performance scheduled this day as a closing of the festival. We are sorry to cancel the event and we wish Ahmad a speedy recovery. ***