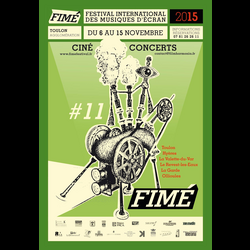 Solo performance as part of the 11th edition of the FiMé festival.